Welcome Gerald Weaver to Legit Lit Books! We are happy to have you on the blog today. 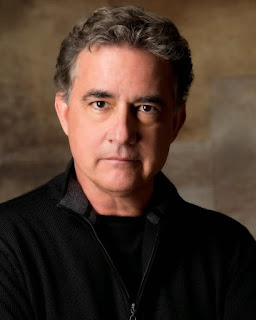 LLB: Tell us a little bit about yourself and why/what inspired you to write? When did you start writing?

GW: I first learned about reading grown-up books from a burning adolescent curiosity to learn about the real world.  I would go into my father’s den when he was at work, not to learn about him but to learn more about life, love, women, and the many other topics in the novels he had by D.H. Lawrence, Ernest Hemingway, Oliver Goldsmith, Gustav Flaubert, Joseph Conrad, and others. Later in life that I realized these were mostly masculine books, collected by this reserved man who had fought in World War Two.

The idea of my writing really had a feminine genesis. The notion that a normal person could write came first from my older sister, Lynn, who concocted wildly imaginative tales from the material of our surroundings, who invented new religions, and who crafted fantasy worlds as easily as a genie.  And the idea that I could write my first novel, Gospel Prism, came from my lifelong friend, the award-winning foreign correspondent for The Sunday Times, the late Marie Colvin, who forcefully told me, in 2010, to “write the damn book,” because she was tired of reading just my well written letters and emails, and who told me there was more than enough material in my eventful life for a few novels.

LLB: What was your inspiration for ‘Gospel Prism’?

GW: Marie Colvin and I had met at Yale University and had been intimate before we became lifelong friends, so she spoke to me with the authority of a deep personal uderstanding of me and the confidence of a person who knew writing and books.

Her confident urging was the final nudge that I needed to know that I could write a novel.  I was just going to eschew the mechanics and get all I could out on the page and then attack the re-writing with her help as an editor.  Our starting point for one theme of the novel was the love of literature that Marie and I had always shared.  I began with her notion that my novel would discreetly pay homage to some of the eat literary works that would then become templates for each of my chapters.

We decided that I should apply those stories not to my career on Capitol Hill, nor to my travels of the world, nor to my too interesting love life, but to the short stint I had done in a minimum-security prison as a result of the politically motivated US House of Representative Post Office investigation.  Gospel Prism would become a kind of “Shakespeare, Dante, Milton, Whitman and others go to prison” novel.  I would also say, Cervantes, whose great novel is the guide for my first chapter, but he had already been to prison on his own.  I felt that paying homage to Cervantes in particular was fitting, since there is a way in which every novelist is essentially writing a reference to Don Quixote.  So I began to apply my reading to my writing.

Marie Colvin had also given me the promise that she would take my book to the agent or two who had been petitioning her to represent her in the telling of her colorful life story.  I would email her every morning.  She often gave me very broad editing and writing.  By 25 January 2012, I had a completed manuscript, which I mailed to her,  For some ineffable reason, on 22 February 2012, instead of emailing Marie, I Googled her name only to find an eleven-minute-old story of how she had been killed in Syria.  At the funeral her sister, Cathleen Colvin, told me that among the very few things Marie had taken to Syria in her small backpack was my “big honking manuscript.”  Cat then sent that macabre document to one of those agencies Marie had contacted.

LLB: What three words would you use to best describe Gospel Prism?

GW: I am editing my second novel, which is already written.  It is very timely and it is called The First First Gentleman, which is the tale of an epic love story that eventually changes the nation and the world, a grand saga about the obstacles overcome by an attractive, physically and emotionally wounded war hero who loves and marries a wise but flawed political operative who successfully runs her for President of the United States.   He is sidelined during her campaign, and unleashed, she speaks out in a stunning way that punctures the cultural orthodoxy and also feeds the American public’s hunger for a different brand of political leader.  But the book is really an homage to all the works of Charles Dickens.  I have several other novels outlined.

GW: I wrote an untitled roman a clef many years ago involving my thirteen-year career on Capitol Hill and in American politics.  I never showed it to anyone.  But I believe it was a useful exercise for me, to have written that much, and to get certain things out
of my system.

LLB: Other than your own, what are your favourite books?

GW: Don Quixote, The Essays of Montaigne, Macbeth and most of Shakespeare’s plays, The Divine Comedy, Paradise Lost, Leaves of Grass, Wuthering Heights, In Search of Lost Time, The Short Stories of Anton Chekhov, Hadji Murad, The Metamorphosis, Hedda Gabler, The Misanthrope, The Short Stories of Jorge Borges, Anna Karenina, Far from the Madding Crowd, Portrait of a Lady, Orlando, Jane Eyre, Bleak House, Pickwick Papers, Persuasion, The Canterbury Tales, Mansfield Park, The Poems of Emily Dickinson, War and Peace, Peer Gynt, and many others.

GW: Music enters me with an immediacy and power that is impossible to regulate, so I generally prefer silence.  But on occasion, I will have classical music in the background, never anything as commanding a Beethoven, Tchaikovsky or opera, but some Bach maybe, or Mozart.

GW: Many people prefer Fabrizio, who is also named Little Philly Ray, because he is very funny, very droll, and he brings the protagonist down to earth in a loving but critical way.  So, perhaps we all should have a Fabrizio in our lives.  But my favorite character is the beautiful mixed race woman who is also really Jesus, but with a bit more sass.  She is enigmatic and wise, as befits a messiah.  And if she walked into my room, I would rethink my relation to Christianity.  Plus, she dresses very well and looks like Halle Berry.

GW: Of course, my novels are entirely fictional.  As I tell my friends and family, any resemblance to any persons alive or dead is purely coincidental.  And that is particularly true where you are certain you see a resemblance.  Perhaps though, it is impossible that some of the more memorable moments and people of my life might leak into my imagination and emerge on the page as a part of a character.  If that is so, most of my characters are an amalgam of my imagination and various different people.  That is unless they are actual and historical figures that the protagonist finds in Hell in the fourth chapter.

The funniest and most noteworthy response was that of my mother.  When I told most people that a publisher had accepted my novel, almost all of them congratulated me.  When I told my mother, she said, “I am not in it, am I?”  I told her she was not.  I lied.

GW: There is this ice cream store in Remnigton, Virginia, called Moo Thru, that makes the best ice cream in the world.  They use their own milk from their own cows that is not homogenized.  And they have this way of blending actual fruits from their farm and other places into the ice cream in a way I have never tasted anywhere.  There peach ice cream and banana ice cream are like nothing I have ever tasted.

GW: I am fortunate enough to have an office, with a few antiques and with a window that looks out on the trees.  That is where I write.  I read for the one to two hours I spend on the elliptical machine every day.  I read in the bathroom.  And I have a book in the car that I carry with me to places I know I will be forced to wait.  So I have three books going at the same time at any given moment.  The weird thing is that the bathroom book is normally a history or biography, the car book is a modern novel, and the workout book is a classic.

LLB: If you could live anywhere in the world, where would it be?

GW: I would live in Montana for the summer, Sarasota for the winter, New Orleans for the spring, and New Haven for the fall.  If I had to limit it to one place, I would live in London, or Rome.  I can’t decide.


Thank you Gerald for taking the time to share your story with Legit Lit Books and our readers!

Gerald Weaver received his bachelor's degree from Yale University and Juris Doctor degree from Catholic University. He has been a Capitol Hill chief of staff, a campaign manager, a lobbyist, a single father, a teacher of English and Latin, a collector and seller of Chinese antiquities and a contributor to the political magazine, George. He lives in the suburbs of Washington, DC, and travels regularly between the United Kingdom and the US. Gospel Prism is his first novel.

His experience of reading challenging literature in order to survive a dark place served as a provocation for this sensitive, atmospheric, dreamlike, compassionate, unpredictable and wise debut novel which brings into focus the relationship between literature, language, truth and religious faith. 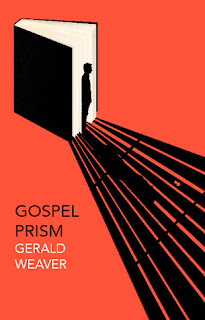