Welcome Gary F. Jones to Legit Lit Books! We are happy you have taken the time out of your busy tour schedule to chat with us and share your current and upcoming work. 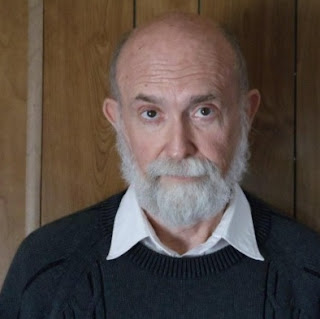 LLB: Tell us a little bit about yourself and why/what inspired you to write?

GJ: For years I listened to my father tell stories about showing Holstein cows and Clydesdale horses. I learned that, at least in farming communities, in telling a story you were expected to add the details that should have been true. It’s often confused with Marketing.

Among these storytellers, the word “lie” has no meaning. Information either makes a story better or it doesn’t. You’d no more expect complete truth from those guys than you would from a talk show host or a used car salesman. If you wanted the truth, ya should ’a bought a newspaper. And you shouldn’t be masquerading as an adult if you’re fool enough to believe anything you hear while drinking beer with the boys in the horse barn. Life would be simpler and the professional spinners of tall tales, such as politicians and stock brokers, might be more appreciated if this were widely understood.

LLB: When did you start writing?

GJ: I enjoyed writing in high school, but at that age I had nothing worthwhile to say. As my children grew, I wrote Christmas letters describing the stupid things I and the kids had done over the previous year. The time I got the butter stuck in the vacuum cleaner is still one of the favorites.

Writing the letters taught me the importance of brevity and clarity. Graduate school reinforced the need to be concise. The more verbose the writing, the more likely someone is to misunderstand it.

LLB: What was your inspiration for ‘Doc’s Codicil’?

GJ: The codicil and plot came from a writing assignment in an extension course. I wrote a short story about an envelope that my father purchased in 1940 to store war bonds for my older brother’s education. When my brother drowned, the envelope was used to store certificates of deposit for my education. I used it to store stock certificates and bonds to fund the education of my children.

When I wrote the story, the envelope was empty, my career was coming to a close, and my children had lives of their own. It was in trying to imagine a purpose for myself and a positive ending for the short story that I hit upon the idea of a codicil used to teach your children from the grave.

LLB: What three words would you use to best describe ‘Doc’s Codicil?’

GJ: ‘A Jerk, A Jihad, And A Virus,’ a humorous thriller, will be released in May, 2016. I’ve started on an anthology of short stories and essays and on a sequel to “Doc’s Codicil,” but these won’t be completed until 2018 or later.

LLB: Other than your own, what are your favourite books?

GJ: I want complete quiet when I’m writing. A strong beat is known to help people organize their thoughts, but I have adult attention deficit disorder and need to give full attention to what I’m doing or I’ll begin daydreaming. That isn’t bad if I’m having writer’s block. I listen to Broadway tunes, classical music written before 1920, Puccini and Verdi when I can concentrate on the music.

GJ: I grew to love all my characters, but Doofus and Gladys the camel were my favorites.

I let the characters develop themselves as I wrote. The book and the characters therein are a work of fiction. That’s my story, and I’m sticking to it, although the heirs were drawn from my children. The two who are reading it have been laughing too hard to be critical.

GJ: An easy chair to read and the dining room table to write. We have an active puppy in the house. Once he learned how high he could jump, the only way we could keep him from getting into everything was to put up gates. It’s made moving around the house a chore, so I work at the dining room table.

LLB: If you could live anywhere in the world, where would it be?

GJ: In Wisconsin, close to a dairy farm in an area half-forested, half farmland, and nearby a lake large enough to sail on.

It seems my life has been a testament to questionable decisions and lost opportunities. However, my wife of 39 years says she knows of nothing in the record to justify such unfettered optimism.

I am a member of the last generation of rural veterinarians who remember working with cows that had names and personalities and dairymen who worked in the barn with their families. I’m also part of the first wave of the Baby Boomers, crusty codgers who are writing their wills and grousing about kids who don’t pay attention to what old men say, and can even be damned condescending at times.

I was raised on a dairy farm in West-central Wisconsin and exhibited Holstein cattle and Clydesdale horses from the time I was ten-years-old until I graduated from the College of Veterinary Medicine at Michigan State in 1969. I practiced veterinary medicine on Wisconsin dairy farms until 1988, when my wife and I packed up our four children and I entered graduate school at the University of Minnesota in St. Paul.

After 19 years of work on the research and development of bovine and swine vaccines, I am retired. I’m using the scraps of what I can remember to spin stories of a family and veterinary practice, stories that could almost be true. Some of the true stories that didn’t make it into my books can be found on this website.

My first novel, Doc’s Codicil, will be published in October 2015. I have two published short stories: Valentine, published in Straightjacket, the 2012 spring issue, and The Attempted Armed Deposit, in the 2009 California Writers Club Chap Book. http://garyfjones.com/ 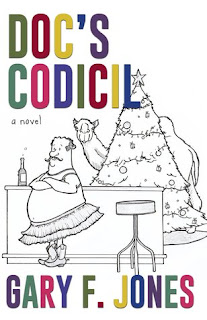