We are super excited to have Chris with us here on Legit Lit Books to answer some questions about his newest book, Loot and get to know the author a bit better. 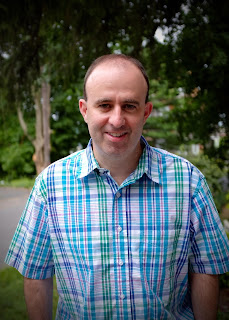 LLB: Tell us a little bit about yourself and why/what inspired you to write? When did you start writing?

CK: In 1995 I read a book called High Fidelity by Nick Hornby and was blown away.  The first person narrative was so real, like being inside the main character’s head. It reminded me of The Catcher in the Rye, but the subject matter was so much more relatable to me (the trials and tribulations of dating and relationships).  It was also very funny. This made me want to write about my own experiences but first I had to learn about how to go about formatting a story.

LLB: What was your inspiration for ‘Loot’?

CK: Loot was inspired from my childhood experiences.  Growing up during the seventies and eighties in a NJ town transitioning from a farming community to suburban commuter zone, I got the best of both worlds.  There were a lot of fun places to hang out and things to do but there was also open and wooded areas to explore with my friends without parental supervision.

LLB: What three words would you use to best describe Loot?

CK: Loot just got published a few weeks ago so I have not started wring anything new yet.  However, I did come up with the genre for my next story. I will be writing a YA supernatural story the next time around.

CK: The first piece I wrote was a short story called “Happy Hours” about a college graduate struggling to transition from the party scene to the “real world”.

LLB: Other than your own, what are your favorite books?

CK: The Kite Runner, Lost Legends of NJ, and The Lovely Bones are three of my favorites.

CK: I actually prefer it to be quiet when I write.  I find music to be distracting. My playlist is dated! I think pretty much everything I listen to is considered classic rock now! I love 80s, 90s, and alternative music.

CK: I would say Teddy from Loot.  He is the most like I was as a kid, and it is fun to reminisce about it.  I was naïve and a little hesitant to take on new adventures.  But I was also pretty easily persuaded and always went along with my friends. Oh, like Teddy, I was totally obsessed with candy!

CK: Sure, I’m sure I have.  But not their actual characters necessarily but lines they’ve said. I have a crazy memory for dialog so I may use something that one of them said to me recently or sometimes years ago.

CK: Twizzlers :) I get them at the movies every time.

CK: Barnes and Noble. But when I’m working on the story, I’ll scribble things down at random times throughout the day. Usually, a line or two of dialog that comes to me. Sometimes it’s an idea for a new chapter. When I’m doing real writing, I need to be at my laptop with Microsoft Word open.

LLB: Last one, If you could live anywhere in the world, where would it be?

CK: Probably California! I love how grand, beautiful, and diverse it is. However, all of my family and friends are east coasters, so I would never want to leave them.

Thank you Chris for taking the time to chat with us about Loot and yourself!

Chris graduated from Rutgers University and studied the art of storytelling at Gotham Writers Workshop in New York City.  Chris’ short stories have appeared in various BLOGS and writers’ forums on holiday and eighties nostalgia.  His story, “Christmas Service”, was featured on the Holiday Tales website in December of 2013.  Chris wrote the screenplay for a short film, “The Baseball Card”, about three twelve-year old boys who fight over a Don Mattingly baseball card during the summer of 1984.  “The Baseball Card” was an official selection of the Garden State Film Festival, Hoboken International Film Festival, and Maryland International Film Festival in 2014.  He is currently a contributing writer for Pennant Collective (Atlantic Highlands, NJ).

Purchase a copy of Loot on Amazon! 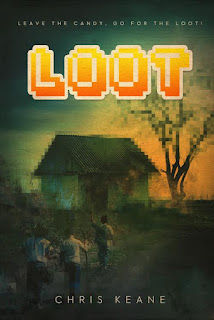